Can I know God Personally? 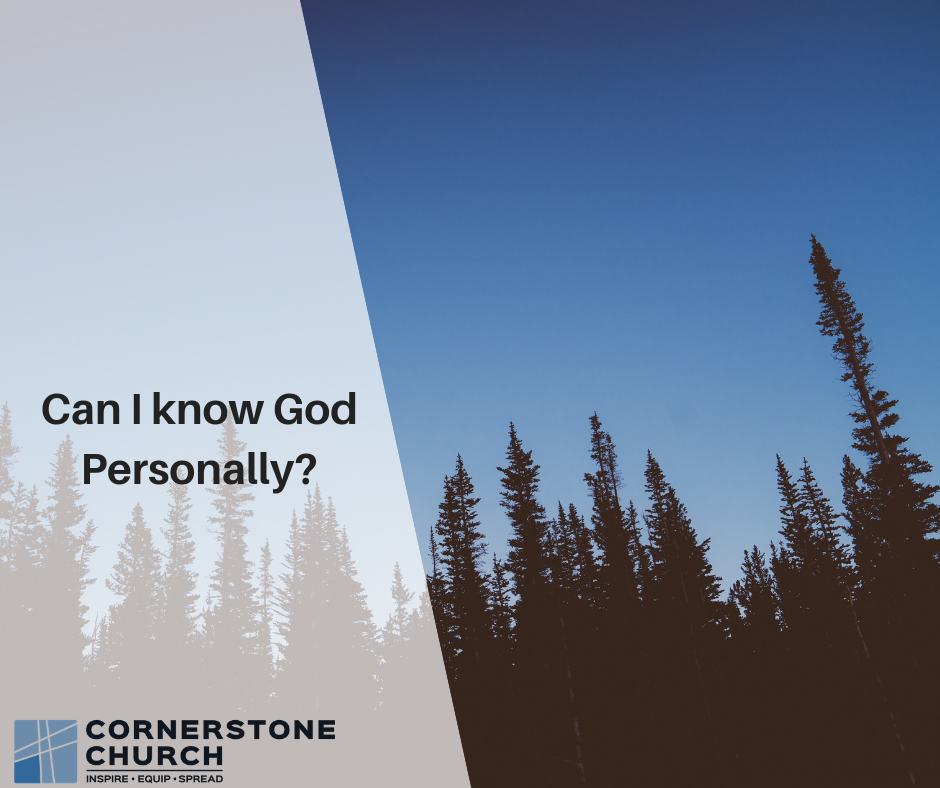 Can I know God Personally?

A few weeks ago, we ended the Explore God series with the last question being, can I know God personally? While there is no doubt that only way we can have a relationship and know God personally is through the work of Jesus Christ (2 Cor. 5:19-21), I continued to reflect on the question, seeking to go deeper in my understanding. Some of the thoughts I had were on the image of God in mankind and on the Trinity. In this blog post, I want to reflect on why I think the image of God and the Trinity are important when discussing the question, can I know God personally?

First, looking at the Trinity, all three persons have relationships with each other. In the Godhead, the Son submits to the Father and the Spirit submits to the Son. All three persons are fully God and know each other perfectly. God lives in holy community and unity with Himself. Second, how does this relate to the image of God in mankind? In this context, the Trinity is important because mankind is created in the image of the Trinitarian God (Gen. 1:26). Even though we could discuss in more detail what the image of God consists of, for the purpose of this blog, the point is that humans are relational beings and can know both God and other people personally because we are created in the image of a relational God. Humans reflect, display, and represent the characteristics of God because all people are created in His image. In Genesis, we see that God walked and talked with Adam in the Garden (Gen. 2:16-17; 3:8) – both God and Adam had a personal relationship with each other. Later in Genesis 3, with Adam’s disobedience, his sin devastated the relationship he had with God (Gen. 3) and the relationship needed to be mended.

Christians do not worship the God of deism, who is aloof in the heavens, but they worship the Trinitarian God of the Bible who has made both man and woman in His image. The God of the Scriptures is immanent and He craves relationships with His creation. This seems like one of the reasons why God created us in His image so that His creation would be like Him and be able to know Him personally. The ultimate example of God’s zeal to have a relationship with mankind is by the fact that He sent His one and only son, to be born of the virgin Mary, live a perfect life, be crucified under Pontius Pilate, buried in the tomb of Joseph of Arimathea, and three days later, victoriously be raised from the dead, so that whoever believes in Him shall not perish but have eternal life. The God who created the world and sent His son to die for sinners still pursues to have relationships with His creation today – He thirsts for us to know Him personally.

In closing, I believe that talking about the image of God in mankind and the Trinity helps us understand the beauty of the fact that from the start, God has desired a relationship with His creation and He yearns for people to know Him personally. God has rectified a way to knowing him personally, which is only through the blood of Jesus Christ that washes away the great abyss of our sin, embracing Christ as Lord and Savior and repenting from sin. I hope this small blog post will spark some good conversations in your small groups and homes.